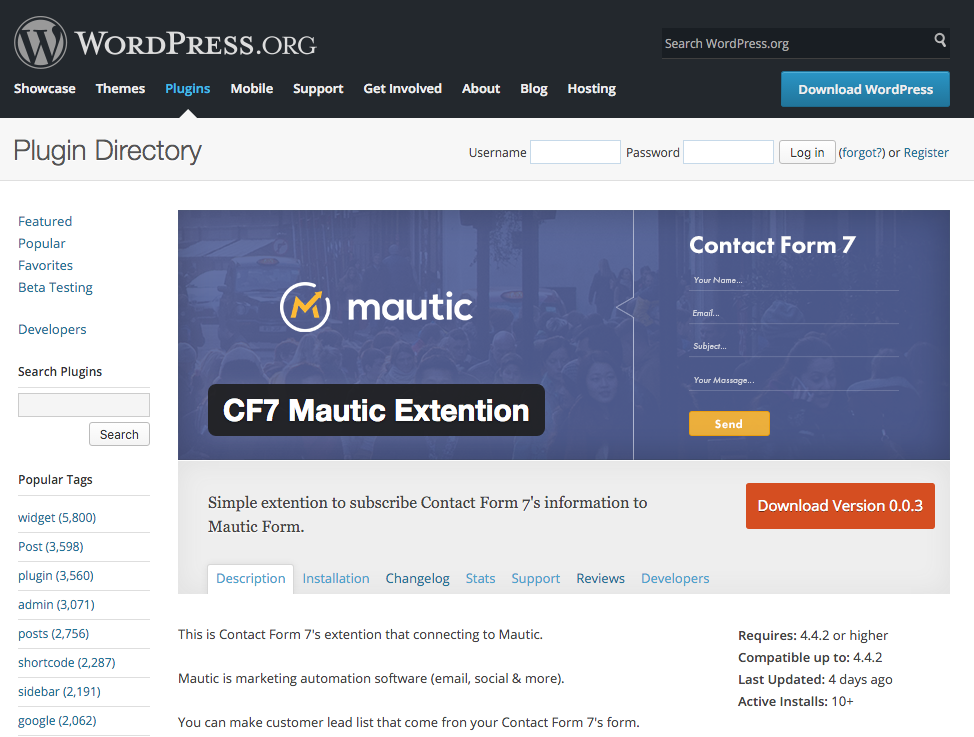 Mautic is an open source marketing automation tool that allows users to organize campaigns, send emails and track leads seamlessly.
A newly-released plugin, CF7 Mautic Extension, allows transfer of information received from Contact Form 7 directly to Mautic.
These information will be added to the Lead List in Mautic without requiring modification to the forms currently being used.

Implement a system to transmit information from Contact Form 7 to the form generated by Mautic as a plugin.
Work with Mautic without requiring changes to the form settings.

Although we use Mautic, we were hesitant to replace the forms we created there.
This plugin helped us immensely by allowing easy connection of Contact Form 7 and Mautic just after its initial setting.